A spokeswoman for the Interior Department, Melissa Schwartz, said in a statement that the Cook Inlet lease sale would not proceed because of a “lack of industry interest.” She said the planned sale of two leases in the Gulf of Mexico was being scrapped because of “conflicting court rulings,” which she said affected the agency’s ability to work on the leases.

The decisions come at a challenging time for the Biden administration. The average price for a gallon of gas nationwide hit $4.37 on Tuesday, a record according to the AAA. Surging prices at the pump have compounded inflationary pressures for consumers, which Mr. Biden this week said will be his top domestic priority.

The leasing program presents a dilemma for Mr. Biden. He has promised progressive Democrats and environmental groups that he would propel the country away from its dependence on the fossil fuels that are driving climate change. At the same time, he has taken steps to increase oil supplies to try to bring down gas prices, including calling on the oil industry to pump more crude.

President Biden is pushing stronger regulations, but faces a narrow path to achieving his goals in the fight against global warming.

Even though any lease sale would not produce oil and gas in time to alleviate current high energy prices, Republicans and oil industry leaders on Thursday seized on the cancellation of lease sales to claim Mr. Biden’s actions were exacerbating the pain felt by consumers.

“The Biden administration’s announcement that they will cancel new offshore oil and gas production approaches levels of irresponsibility and reckless stupidity never seen before,” Representative Garret Graves of Louisiana, the top Republican on the House Select Committee on the Climate Crisis, said in a statement.

Mr. Graves and other Republicans as well as oil industry leaders also criticized the Biden administration for failing so far to issue a new five-year offshore drilling plan.

Federal law requires the administration to issue a new offshore leasing plan every five years, which is designed to balance the nation’s energy needs with environmental and economic factors.

The current plan expires on June 30, raising concerns among Republicans, the oil and gas industry and some Democrats from fossil fuel states that offshore leasing will be in limbo starting in July.

Frank Macchiarola, a senior vice president at the American Petroleum Institute, a trade group that represents oil and gas companies, said in a statement that he would “urge the administration to end the uncertainty” for the oil industry and issue the five year plan.

Mr. Macchiarola said the decision to scrap lease sales in the Gulf of Mexico and Alaska “is becoming a pattern” in the Biden administration. “The administration talks about the need for more supply and acts to restrict it,” he said.

The Cook Inlet lease sale would have opened more than one million acres for drilling, spanning at least 40 years of production. The Bureau of Ocean Energy Management previously canceled lease sales in the area in 2006, 2008 and 2010, also citing lack of interest from the industry at the time.

Drew Caputo, vice president of litigation for lands, wildlife and oceans for the environmental advocacy group Earthjustice, called the canceled leases “unnecessary” and said they would work against the goal of pivoting the nation away from fossil fuels and toward solar, wind and other renewable energy sources.

The International Energy Agency said last year that countries must stop approving new oil and gas projects to prevent the planet from dangerously overheating. The overwhelming scientific consensus is that the Earth is warming due largely to greenhouse gases produced when oil, gas and coal are burned.

“New leases fly in the face of meaningfully addressing climate change and transitioning to the clean energy future we need,” Mr. Caputo said.

The burning of fossil fuels extracted from public land and in federal waters accounts for 25 percent of the greenhouse gases generated by the United States, which is the planet’s second biggest polluter, behind China. Global emissions must be cut almost in half by 2030 to avoid catastrophic impacts from a warming planet, scientists say.

Mr. Biden has pledged to cut U.S. greenhouse gas emissions by at least 50 percent from 2005 levels by the end of this decade. As a candidate, he promised to stop new drilling on public lands and in federal waters. “And by the way, no more drilling on federal lands, period. Period, period, period,” Mr. Biden told voters in New Hampshire in February 2020. Shortly after taking office, he signed an executive order to pause the issuing of new leases.

But his plan has been battered by lawsuits from the oil industry and environmental advocates.

Republican attorneys general from 13 states successfully challenged the pause in leasing. As a result, the Biden administration auctioned more than 80 million acres in the Gulf of Mexico, a record amount, a move which had been planned during the Trump administration.

In January, a different court invalidated that lease sale, arguing that the Biden administration did not sufficiently take climate change into account when it auctioned the leases. The Interior Department is not appealing that ruling.

And yet a different legal brawl is also complicating matters. A federal judge earlier this year ruled that the Biden administration may not consider the damages caused by climate change when issuing regulations or other policies. That led the Biden administration to temporarily pause a number of decisions — including lease sales for drilling — as it appeals that ruling.

How schools and the Biden administration are prioritizing student mental health : NPR

Secretary of State Blinken spells out the Biden administration’s approach to China : NPR 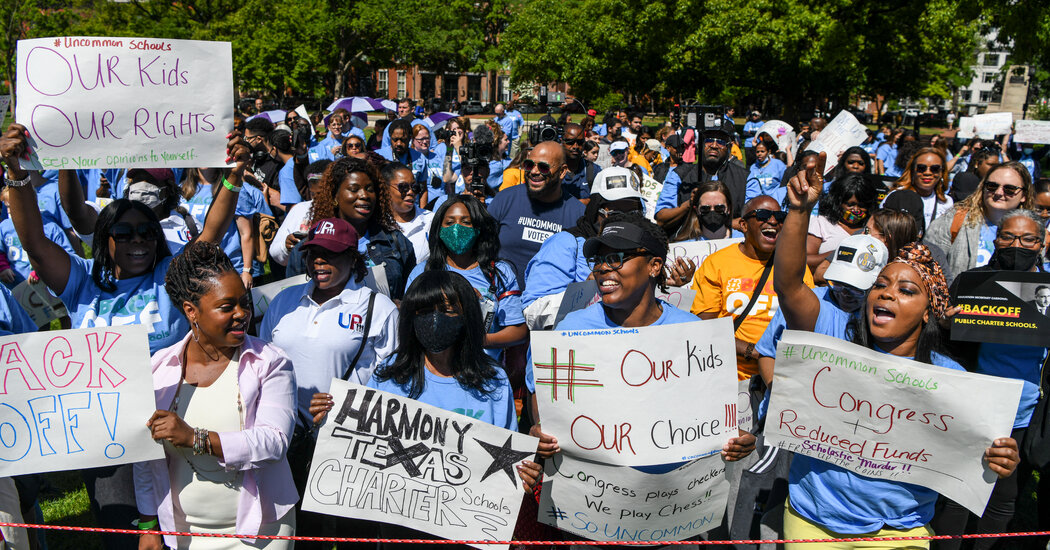