The White House has quietly resumed its after-dark charter flights of underage migrants to a suburban airport north of New York City — after a Post expose led to their suspension last year. The Post watched as a group of migrant teens got off an Avelo Airlines plane that arrived […]

The White House has quietly resumed its after-dark charter flights of underage migrants to a suburban airport north of New York City — after a Post expose led to their suspension last year.

The Post watched as a group of migrant teens got off an Avelo Airlines plane that arrived at the Westchester County Airport near White Plains at 9:25 p.m. Thursday. The group then boarded three waiting buses that drove off about 50 minutes later.

One bus traveled to the Walt Whitman Service Area in Cherry Hill, NJ, just across the Delaware River from Philadelphia. After the bus pulled up at around 12:45 a.m. Friday, several teens disembarked, retrieved their bags from the luggage compartment and left with adults who were waiting there to meet them.

The bus left the rest stop around 1:05 a.m. and continued south on the New Jersey Turnpike.

The plane that landed in Westchester flew out of El Paso International Airport in Texas and made a stopover in Jacksonville, Fla., online flight records show.

In October, The Post documented a series of similar flights to reveal how the government was flying migrant teens to suburban New York amid the ongoing humanitarian crisis at the Mexican border.

Astorino, a Republican candidate for governor, also accused Democratic Gov. Kathy Hochul of being “complicit in this,” noting that the recently approved state budget allows undocumented immigrants 65 and older to apply for state-funded Medicaid benefits.

“We’ve got high taxes, failing schools, with crime out of control and we’re using taxpayer dollars to aid illegal immigrants,” he said.

Astorino, who has made the migrant flights a key campaign issue, said he believed the border shuttle started up again last month.

An Immigration and Customs Enforcement source said that regardless of what happened in Westchester, “flights never stopped” to other airports around the country.

“It’s like the Energizer Bunny –they just kept going and going,” the source said.

In February, an average of nearly 5,900 people a day were caught crossing the southwest border, according to the most recent data from US Customs and Border Protection.

But last month the Department of Homeland Security said it was bracing for that number to surge as high as 18,000 after the scheduled May 23 lifting of a federal rule called Title 42, which allows for immediate expulsion of adult migrants amid a public health emergency. Last month, the Centers for Disease Control, which implemented the policy, announced that unaccompanied migrant minors were exempt from expulsion.

The White House declined to say why the flights to Westchester had been suspended and resumed, but said they were being used to “transport unaccompanied minors to vetted sponsors or relatives with whom they will await the outcome of their immigration proceedings.”

The US Department of Health and Human Services, to whom DHS referred The Post for comment, said in a separate statement that, “It is our legal responsibility to provide safe, appropriate care to unaccompanied migrant children during the time they are in our custody, and that includes transportation to vetted sponsors while they await immigration proceedings.”

Hochul’s office did not return a request for comment.

Sun Apr 24 , 2022
A European official highlighted Russia’s four main objectives for the second phase of its war in Ukraine. Moscow has begun a renewed push into Ukraine’s eastern Donbas region after it failed to take Kyiv. The new focus on these goals indicates a shift of Russia’s end-game for the invasion. Loading […] 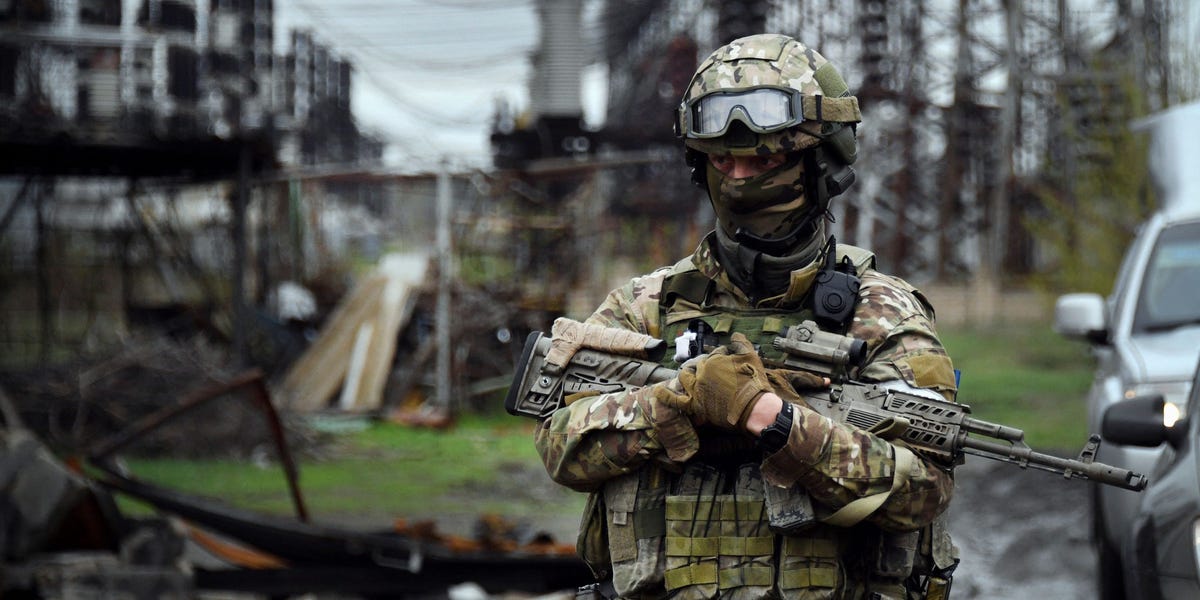