On Wednesday, Fried held an event at the Capitol for Women’s History Month to honor seven individuals, including abortion and transgender rights advocates.

“It is so important that we each lift each other up, especially in these difficult times when our rights are being attacked, and our freedoms are being stripped away as we saw throughout this legislative session,” Fried, the state’s first female agriculture commissioner, said during the ceremony. “While some may try to take away the progress we all have made, we will remain united and keep pushing forward.”

Fried, the only Democrat elected to statewide office in Florida, is also running for governor to unseat Gov. Ron DeSantis, a growing star in the Republican Party whom many operatives think has his eye on the White House.

Fried conducted Wednesday’s event in her official capacity, not as a campaign appearance. It came just two days after DeSantis signed a bill into law that critics have called the “Don’t Say Gay” bill because it would limit instruction about sexual orientation and gender identity in schools, particularly in kindergarten through third grade. He’s also poised to sign a bill that, beginning July 1, would ban abortions in the state after 15 weeks into a pregnancy.

Fried, who is a former lobbyists for the medical marijuana industry, also recognized Roz McCarthy, founder and chief executive officer of Minorities for Medical Marijuana.

During her gubernatorial campaign, Fried has been vocal about her opposition to Florida’s impending abortion ban and its education law, formally called the Parental Rights in Education Act. She issued a statement through her campaign Monday promising to repeal the education law and slammed DeSantis and the Republican legislature for trying to “edit and censor our teachers.”

Republicans have said that parents should be in charge of their children’s education, and that the new law would limit materials only to teachers of students in kindergarten through third grade. A Morning Consult/Politico poll also shows that just over half of voters support such laws.

But LGBTQ+ rights organizations have warned that the language in the education bill is too vague and broad, allowing it to extend to students of all ages and affecting teachings and discussions about students’ own family members who may be transgender, nonbinary, or gay.

They also worry that provisions in the bill would out gay and transgender students to family members who may be unsupportive or even violent.

“We are human, we love, we bleed the same, and we need your help, not your hate,” Livingston said at Wednesday’s event after receiving her award.

The 15-week abortion ban hasn’t reached DeSantis’ desk yet, but the governor has signaled he’ll sign it. Under current state law, abortion is allowed up to 24 weeks into a pregnancy.

“These are protections for babies that have heartbeats, that can feel pain, and this is very, very late,” DeSantis said earlier this month.

In recent years, anti-abortion advocates have generally pushed 20-week bans saying a fetus can feel pain at this stage, while advocacy groups and doctors who support abortion rights have said this is false.

Abortion rights groups warn the measure would affect not just Floridians but patients from other Southern states and Texas, as well as Caribbean and South American countries. Some patients from out of state travel to Florida because abortion access is more restricted where they live.

Piñeiro, 30, told Insider ahead of the ceremony at the Capitol that about 15{6e6db3521f07ebedc52abc8c7bfbbc5a7fcd8802a2a8a5c8cfaa0d09c6ebceb7} of Florida Access Network’s clients come from out-of-state, and that she was honored to receive the distinction from the commissioner.

“It’s a honor to be recognized for my work in reproductive justice as a Puerto Rican woman, as a woman who grew up low income and is doing this work that is so important, yet so highly stigmatized,” she said. “I don’t always feel the support from my community.”

She also said she recognized the politics of the event.

“It’s a great slap in the face to this governor,” Piñeiro told Insider.

This story was updated after the event took place.

Ontario to regulate use of financial advisor, planner titles: regulator

Sat Apr 2 , 2022
Ontario’s financial regulator will soon force anyone using the financial planner or advisor title in the province to be overseen by a credentialing body and subject to a complaints and discipline process. The Financial Services Regulatory Authority of Ontario said Wednesday the new regulations will also require those using the titles to […] 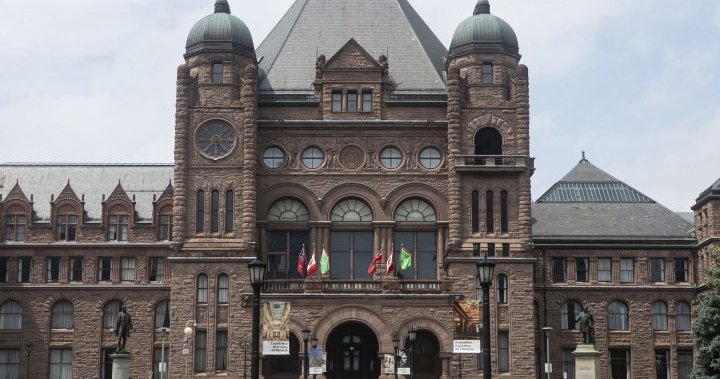