By CHRISTOPHER RUGABER, AP Economics Writer WASHINGTON (AP) — Solid hiring, strong wage gains and sharp price increases are drawing more Americans into the workforce. The trend, if sustained, would mean some long-awaited relief for businesses that have been desperate to fill jobs. The number of people either working or […]

WASHINGTON (AP) — Solid hiring, strong wage gains and sharp price increases are drawing more Americans into the workforce. The trend, if sustained, would mean some long-awaited relief for businesses that have been desperate to fill jobs.

The number of people either working or looking for work still hasn’t fully recovered from the mass layoffs that followed the eruption of COVID-19. But Friday’s jobs report showed that it is clearly heading in that direction. A sustained increase in people seeking jobs might eventually cool the sizzling wage gains of the past year, ease concerns at the Federal Reserve about rampaging inflation and possibly even usher the economy onto a more sustainable growth path.

If so, it would represent an impressive outcome given the raft of economic uncertainties that are threatening to undercut growth, from an inflation spike worsened by Russia’s invasion of Ukraine to the still-damaging effects of COVID to the Fed’s just-begun series of interest rate hikes, which are shaping up to be the most aggressive in years.

Here are five top takeaways from the jobs report:

After the pandemic hammered the U.S. economy in the spring of 2020, pushing 22 million people out of work, many Americans seemed reluctant to return to low-paying jobs at restaurants, hotels and other services businesses, particularly while COVID still raged. Employers posted millions of jobs that went unfilled.

Now, though, with wages rising at their fastest pace in decades and COVID fading steadily, Americans are flooding back into the workforce at the fastest pace in 20 years.

This can be seen most clearly among so-called prime age workers, ages 25 through 54, whom economists follow because they mostly exclude students and people who are likely to be retired.

“We’re well within striking difference of pre-pandemic levels,” said Nick Bunker, an economist at the Indeed Hiring Lab. “We could be there in a couple of months.”

WOMEN SURGE BACK INTO WORKFORCE

With schools reopened and child care centers recovering, women have also accelerated their return to the workforce. During the pandemic, women — particularly mothers — were more likely to either lose jobs or quit and drop out of the workforce altogether.

Yet that trend reversed sharply in March. Out of the 418,000 people who either found work or began searching for a job that month, about three-quarters were women. The proportion of women who either have a job or are looking for one jumped to 76.5{6e6db3521f07ebedc52abc8c7bfbbc5a7fcd8802a2a8a5c8cfaa0d09c6ebceb7} in March, up seven-tenths from the previous month and not far from the pre-pandemic level of 76.9{6e6db3521f07ebedc52abc8c7bfbbc5a7fcd8802a2a8a5c8cfaa0d09c6ebceb7}.

With consumers spending steadily and the economy growing at its fastest pace in nearly four decades, businesses have been desperate to fill a record level of open jobs. Companies large and small have raised wages to find and keep workers.

In March, average hourly wages, excluding supervisors, jumped 6.7{6e6db3521f07ebedc52abc8c7bfbbc5a7fcd8802a2a8a5c8cfaa0d09c6ebceb7} compared with a year earlier, matching the annual pace in January and February. Except for two months distorted by the pandemic, those are the strongest yearly gains in four decades.

While such healthy raises are great for workers, they are fueling the biggest inflation spike since the early 1980s. Unless companies can find ways to make their operations more efficient, they will pass along at least some of their higher labor costs to customers in the form of higher prices.

On a monthly basis, wage gains have slowed in the past three months, Bunker said, suggesting that pay increases may have peaked.

Still, the Fed is widely expected to raise its short-term benchmark rate by one-half percentage point at both its May and June meetings. Those would be the Fed’s first half-point rate hikes since 2000, and would be a sign of how quickly Fed Chair Jerome Powell wants to start cooling the economy to restrain inflation.

MOST INDUSTRIES HAVE RECOVERED ALL THEIR JOBS

Out of 11 major industries in the U.S. economy, six have regained all the jobs they lost during the pandemic recession. Most other industries are fairly close.

The one exception: Leisure and hospitality, which includes restaurants, bars, hotels, amusement parks and other forms of recreation. One of America’s biggest employers, leisure and hospitality still has 1.5 million fewer jobs than it did before the pandemic, a decline of 8.7{6e6db3521f07ebedc52abc8c7bfbbc5a7fcd8802a2a8a5c8cfaa0d09c6ebceb7}.

The changes also provide a glimpse of the evolution of the economy over the past two years. The industry with the biggest percentage gain has been transportation and warehousing, which now has 10{6e6db3521f07ebedc52abc8c7bfbbc5a7fcd8802a2a8a5c8cfaa0d09c6ebceb7} more jobs than before the pandemic. That increase reflects the big increase in online shopping in the past two years.

Still, unemployment for Black workers remains nearly double that of whites, a durable ratio that William Darity, an economist at Duke University, has called “a powerful index of discrimination.”

Sat Apr 23 , 2022
An accused Capitol rioter was arrested this month after his former Uber driver tipped off the FBI. Dash cam footage captured Jerry Daniel Braun talking about tearing down barricades during the siege. More than 800 people have been arrested in connection with the Capitol riot thus far. Loading Something is […] 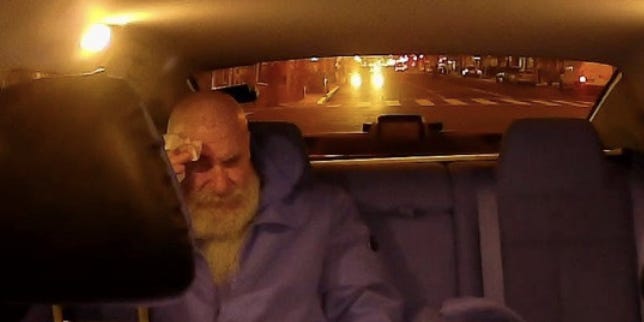